HomenewsUncategorizedRSSB – sustainability at the heart of rail developments

RSSB – sustainability at the heart of rail developments 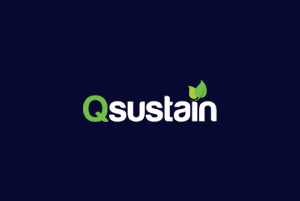 Sustainability must be a greater priority in developing the railway network, rail minister Claire Perry MP said yesterday as she announced a new set of sustainability principles.

The principles, designed by the Rail Safety and Standards Board’s (RSSB’s) Sustainable Rail Programme as an updated version of principles established in 2009, include commitments to improve rail’s environmental, social and economic benefits learn this here now.

In a speech at the QE2 centre, Perry said that although rail was “one of the greenest transport modes”, the subject of sustainability wasn’t “receiving the attention it deserves”.

The principles say that the rail industry must do more to reduce its waste, noise and pollution emissions, as well as its use of water, steel and concrete.

They also argue the industry could reduce its non-traction energy usage and bills by 50% using existing technology, adding: “This is a fast moving sector, with significant innovation, and we will ensure that across the rail estate we keep up with best practice on energy efficiency. There are also significant opportunities for renewable energy generation on the railway estate.”

Perry praised existing efforts to make railways more environmentally friendly, such as the introduction of the new class 700 trains for Thameslink, which are 20% lighter than the existing fleet and use a third less energy, and the solar panels on the roof of the new Blackfriars station.

She said that although there are no plans to fully electrify the railways, phasing out diesel trains could be made possible by introducing electric trains with the capacity to run on non-electric track using battery power.

DfT-sponsored trials of a battery-powered Class 379 in Essex last year found that battery power worked reliably, but only over a short range.

Anthony Perret, head of the RSSB’s sustainability programme, said the benefits of sustainability were financial as well as environmental: “A sustainable railway is one where costs are kept under tight control and efficiency is more than an objective; it’s embedded in its culture.”

He added that delivering a sustainable railway would require long-term planning, “a willingness to embrace technology” and commitment from the workforce.

Perry also said railways could play a bigger role in the community.

Under the terms of the new Northern franchise, disused rail assets will become community centres, although the franchise has been delayed because of competition concerns.

Perry added that “a sustainable workforce” was also an important part of a sustainable railway, saying that more needed to be done to address the shortage of workers,particularly women.

She said Crossrail was a good example of encouraging women to work in the industry. One-third of its workforce are female, compared to 16% in the industry in general.

how can we help you?

Contact us at the Qsustain office nearest to you or submit a business inquiry online.