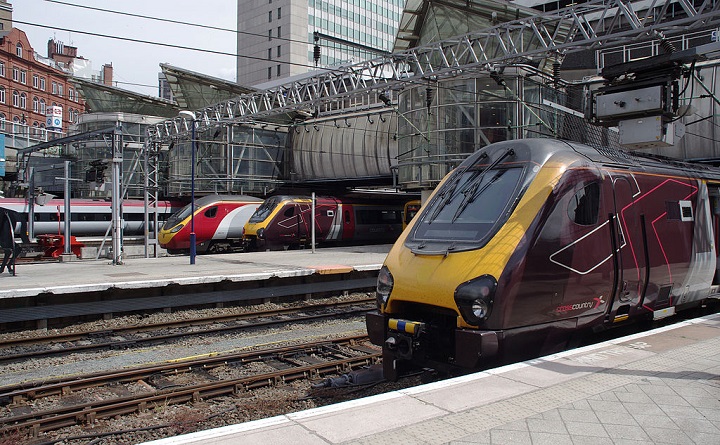 Air pollution from diesel emissions has become a key concern for goverment and communities. The rail has become under the spotlight following reports of poor air quality Birmingham's New Street station.

Air pollution from diesel emissions is becoming an increased international concern, and whilst attention has been primarily focused on the automotive industry, concerns have also been raised about emissions from diesel trains. Following the screening of a Channel 4 ‘Dispatches’ documentary, broadcast in February 2016 reported that air quality levels at Birmingham New Street station may pose a risk to worker and passenger health and safety.

The University of Birmingham carried out a consequent series of measurements of Diesel emissions as part of a research project at the Birmingham New Street station, with a mix of diesel and electric train movements, which is of particular concern because of the enclosed nature of the platforms. The University identified high levels of Nitric Oxide linked to the diesel emissions from trains and correlated with train idling at the station.

Azhar Quaiyoom of Q Sustain Ltd was approached by Network Rail Executive to create an Action Plan to engage with all stakeholders and train operators to improve the Air Quality at New Street Station.

Q Sustain embarked on creating a comprehensive detailed Action Plan that approached the challenge with a multi-faceted approach in engaging with train operators, train owners, and planned improvements to the extract ventilation system.

Q Sustain Ltd working with Network Rail have provided the Network Rail Senior management team with an action plan that has been endorsed by the rail regulator (ORR) and confirmed the legal requirements and obligations for air quality at a station.

This website uses cookies to improve your experience while you navigate through the website. Out of these, the cookies that are categorized as necessary are stored on your browser as they are essential for the working of basic functionalities of the website. We also use third-party cookies that help us analyze and understand how you use this website. These cookies will be stored in your browser only with your consent. You also have the option to opt-out of these cookies. But opting out of some of these cookies may affect your browsing experience.
Necessary Always Enabled
Necessary cookies are absolutely essential for the website to function properly. This category only includes cookies that ensures basic functionalities and security features of the website. These cookies do not store any personal information.
Non-necessary
Any cookies that may not be particularly necessary for the website to function and is used specifically to collect user personal data via analytics, ads, other embedded contents are termed as non-necessary cookies. It is mandatory to procure user consent prior to running these cookies on your website.
SAVE & ACCEPT